Factory farms are doing everything they can to stop consumers from seeing the reality of how most food is produced but what if there was a way we could somehow expose the secretive industry, dodge the “ag-gag” laws that make it illegal to photograph the farms and show the public what it takes to get their meat to their plates? Wouldn’t it be cool if there was a way we could use drones to investigate factory farms and shed light on the cruel industry? Well there is a way and you can help because top journalist and animal rights activist Will Potter has started a Kickstarter campaign to do it! 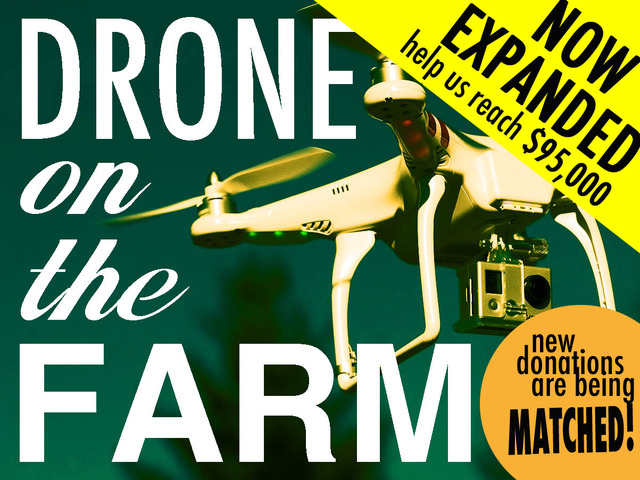 When I released my Kickstarter to purchase drones and investigate factory farms, I had no idea what to expect. I thought it was a creative new way to expose a secretive industry, particularly in light of new “ag-gag” laws that make photography of farms illegal. I hoped to get enough donations to do a bare-bones investigation—the public response, though, has been overwhelming.

The project met its original fundraising goal of $30,000 in just 5 days. And I immediately started working with photographers and journalists in multiple countries to map out how it could be expanded.

Now, a generous donor has come forward and offered to match every single dollar raised above $45,000 in order to help the project meet its “reach goal” of $95,000. It’s an incredible opportunity to expand this project and make it even better.

That’s a lot of money, I know, but if we reach that level of funding, the project will be able to:

Factory farms are doing everything they can to stop consumers from seeing the reality of how most food is produced. And they’ve been quite blunt about their motivations: a wave of new legislation in the United States explicitly criminalizes anyone who photographs or films animal cruelty on farms.

These “ag-gag” laws are a direct response to a series of damning investigations by animal welfare groups; In Idaho, for instance, the new law came after investigators exposed workers beating cows and sexually abusing the animals.

As a journalist, I think the best way to confront these attempts at secrecy is to shine a light on the abuses. Corporations are trying to shoot the messenger, and shut down anyone who exposes what they’re doing. But as I wrote recently for CNN, that just means we, as journalists, need to be more creative in our tactics.

This investigation couldn’t come at a better time: multiple states (and countries) are considering ag-gag laws, while voters are considering efforts to eliminate some of the worst abuses on factory farms.

Since a project like this has never been done before, I can’t make any guarantees of what we’ll find. However, satellite photographs have already revealed shocking environmental pollution at industrial agriculture sites— and with your help, and a couple of drones, we could see even more. 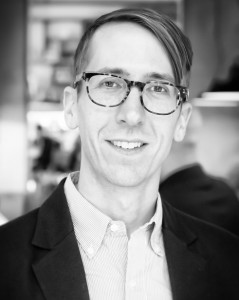 Will Potter is the author of Green Is the New Red: An Insider’s Account of a Social Movement Under Siege. He is a journalist and TED Fellow in Washington DC. His reporting and commentary have been featured in the world’s top media outlets, including the Washington Post, NPR, Rolling Stone, El Pais, and Le Monde. He has testified before the U.S. Congress about his reporting, as the only witness opposing the Animal Enterprise Terrorism Act.