This week we are pleased to bring you a blog post from Susan Hargreaves, Executive Director of Animal Hero Kids. She discusses her work with children in the area of humane education, teaching compassion towards animals, and embracing a vegan lifestyle.

Helping Lions, and Tigers and Pigs and…Oh My!

In my 32 years of presenting humane education programs in schools across North America I have had the privilege of meeting children and youth who are voices for animals in need- youth who speak out against injustice and animal cruelty. They know it’s wrong to harm others and are not afraid to say so, eloquently. When young people learn about the plight of homeless companion animals, the suffering of factory farmed animals, and about the miserable life captives in the circus lead, these empathic kids with a strong sense of justice, act. I began recognizing Animal Hero Kids by presenting awards to them in front of their peers in schools and at public events fifteen years ago. 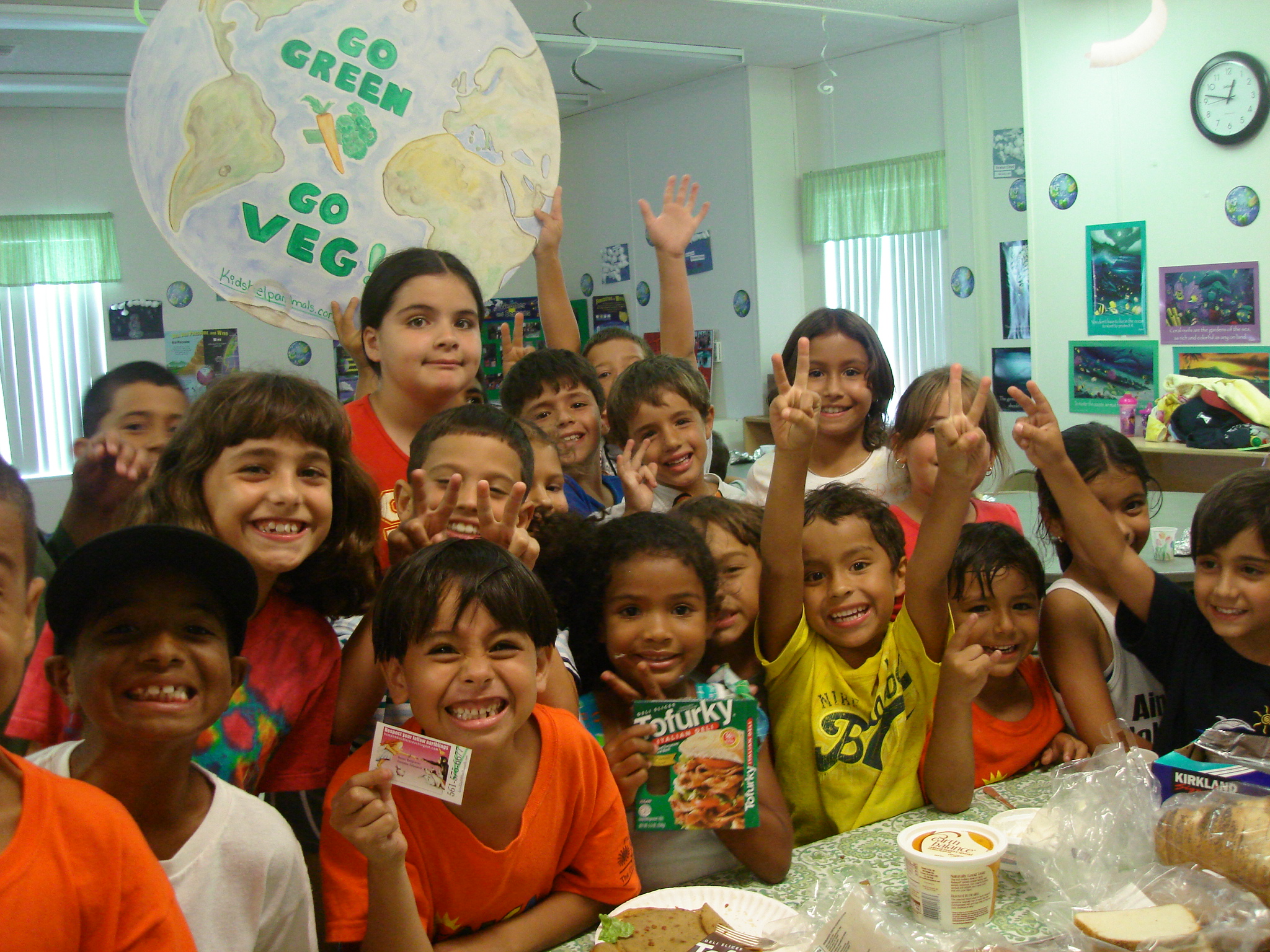 A strong sense of justice and determination to help other animals exists across all ages. Aailiyana was 6 years old when she was recognized with an Animal Hero Award. After speaking to city commissioners she was able to help get the use of electro-shock prods and bull hooks on elephants banned. The ban effectively stopped circuses with performing animals from coming to Miramar, Florida.

There are the youth who saved hundreds of sea turtle hatchlings from certain death on Fort Lauderdale beaches with their volunteer work with Sea Turtle Oversight Protection (STOP). Dominic, the nine year old, Animal Hero Kids Crew President, organizes a monthly protest outside of the Miami Seaquarium where orcas, dolphins and seals are jailed.

Thirteen-year-old Kelsey, host of her own veg cooking show, met Ricky Williams, Former NFL player, at one of the Annual Animal Hero Kids Awards. Urban Tails, a closed group home on county jail grounds, where teens socialize and adopt out abused dogs, were among the attendees from around the US that were at the awards. 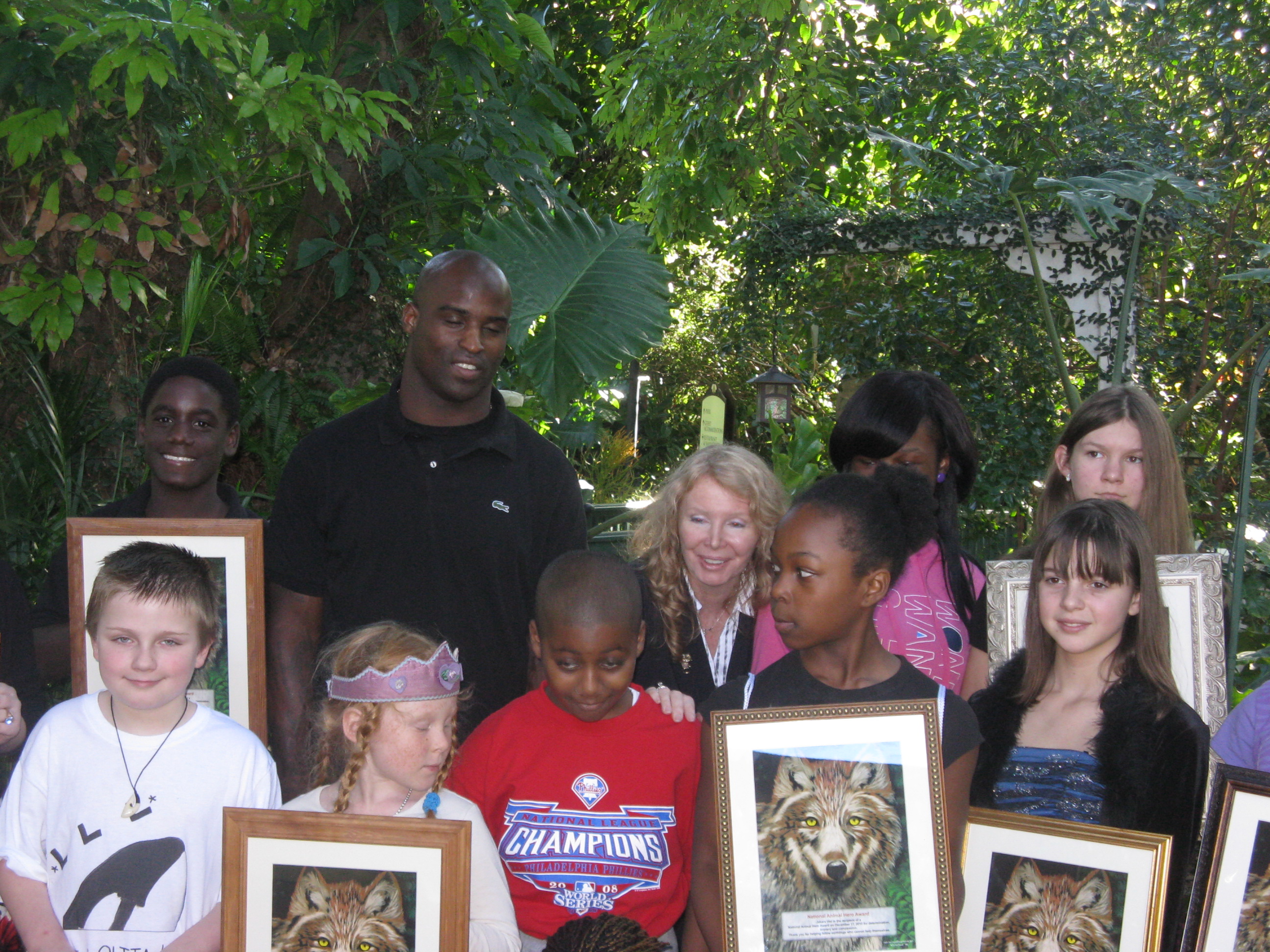 November is World Animal Hero Kids Month. One hundred and sixty organizations have signed up to encourage and recognize Animal Hero Kids, locally. This year, on December 2nd, Animal Hero Kids will be recognized at Ten Thirty One Production Studio in Los Angeles. One of the awards to be presented is the Russell Simmons Creative Animal Hero Kids Award and it is given to an individual or group under the age of nineteen who creates a song, dance, spoken word or video that inspires others to help animals. 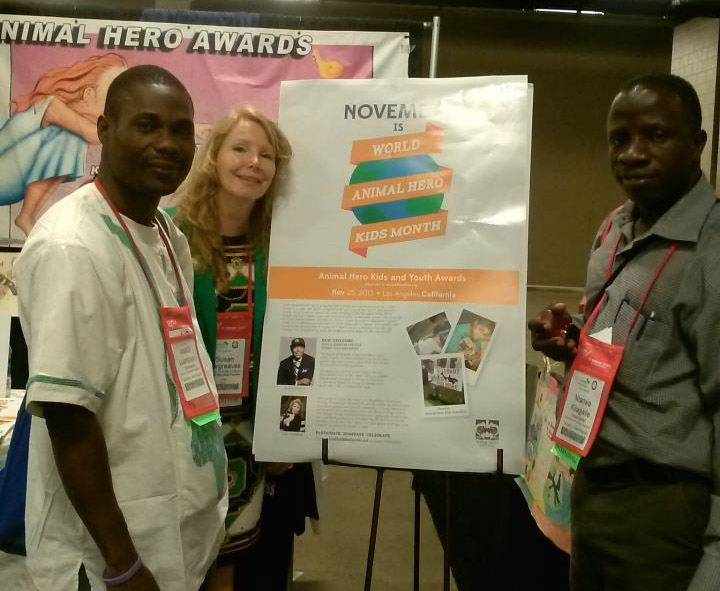 I remain hopeful that more people are making kind, informed choices. I am continuously encouraged and impressed by the actions and voices of Animal Hero Kids.

For more info on Animal Hero Kids and how to help, please visit our website AnimalHeroKids.org