Today we welcome Sarah Louise Foster, the face behind The Cozy Vegan- a blog that offers recipes to warm your vegan cockles and aims to encourage compassion and activism through the food that we eat. Sarah offers some great tips for keeping it vegan this holiday season and check out her awesome recipe for Cozy Vegan Gingersnaps. 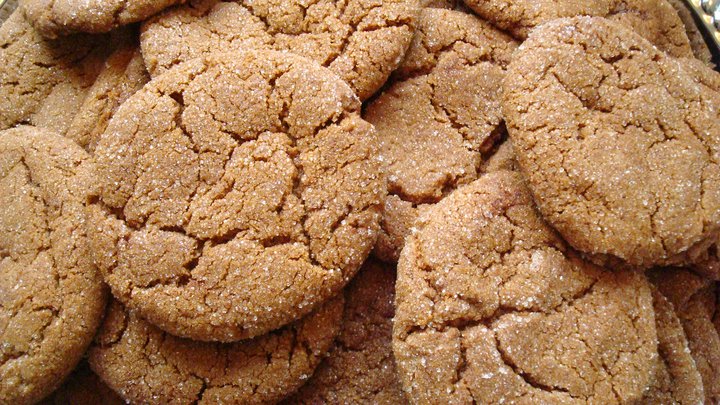 Tips For a Compassionate Holiday Season!

Here in my part of Canada, autumn has come and gone, and winter is officially here as we have experienced our first few snowfalls! By this time, thoughts of the holidays are generally unavoidable. While I will always embrace any excuse to gather with loved ones, the holiday season can also be quite daunting as a vegan. Between the non-vegan holiday sweets taunting me everywhere I go, to being the only vegan at the dinner table come Thanksgiving or Christmas, I would like to share with you some suggestions for enjoying a cruelty-free holiday season in a world that so often leaves our fellow animals behind.

1. Show acts of compassion towards other animals.
I truthfully find it very difficult not to get down over the number of animal products consumed during the holiday season in the name of tradition. For example, “for Thanksgiving dinners alone, an estimated 46 million turkeys are (consumed) in the United States, with another three million… as part of Canadian Thanksgiving traditions.”  These numbers, provided by the 46 Million Turkeys Projects, don’t even begin to account for the number of animals consumed on other occasions!

Each year, these facts overwhelm me. Fortunately, there are campaigns such as Farm Sanctuary’s Adopt a Turkey Project, to remind us that farm animal rescues and the organizations that provide them with sanctuary, need our support, especially around the holidays! Through this specific campaign, supporters make a one time donation of $30, which assists the sanctuary in providing medical care, food, and support for these gentle, intelligent birds. There are also many other sanctuaries for animals such as Woodstock Farm Animal Sanctuary,  Stillpointe Llama Sanctuary,  Animal Place, and Out to Pasture, to name a few.
2. Giving gifts? Support rad vegan businesses!
One of my favourite places for shopping all things vegan is Herbivore Clothing! This is your one stop for  adorable vegan clothing for adults and kids, accessories, and home stuff. They also have an amazing library of vegan books for purchase! In Canada, there is also an awesome Vancouver based shop called Nice Shoes! While specializing in vegan footwear, they also have a variety of goods such as wallets, bags, accessories, guitar straps, and even chocolate!

Other gems include Compassion Co. and Vegan Cuts! If there are children in your life, I also highly recommend ordering a copy of Carlos Patino’s book “Dave Loves Chickens,” which Vegan Publishers recently pressed this Fall. It is seriously adorable, and I’m pretty sure Dave could charm anyone into going meatless.
3. Win people over with awesome vegan food.
In my fledgling veganhood, I have survived my fair share of family gatherings in which I sat in the corner eating an iceberg lettuce salad with the only accidentally vegan bottled dressing in the back of the fridge, whilst everyone else in the room gorged out on some variety of animal carcass and its fixings. However, a couple years and a few subscriptions to vegan recipe magazines later, I realized that no one has to do this.

There are so many recipes to dig up as alternatives to traditional holiday meals- lentil , seitan, or nut loaves, chickpea cutlets, vegan perogies, and more! If available where you live, a few products great for holiday meals include Tofurky and Field Roast. Keep some vegan margarine or coconut oil on hand to replace butter in recipes, as well as some veggie stock for stuffing and gravies! If at all possible, I recommend inviting your loved ones over for a completely vegan holiday meal. Failing this, show up with all of your own amazing food(maybe with some extras for curious folks) and make all the omnis at the table jealous. While it used to be a pain to be the only vegan at the table during such gatherings, I now take the opportunity to marvel others with all the amazing goodies vegans are able to eat!

Baking happens to be my specialty, so that is usually what I bring along to gatherings with friends and family during the holidays. I would like to share my favourite recipe for vegan gingersnaps I take everywhere with me around the holidays: 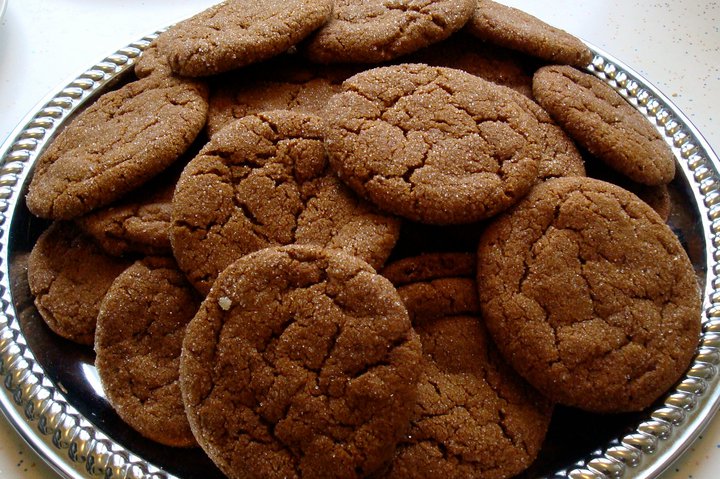 – In a food processor, combine ground flax and water and pulse until binded well.
-Sift together dry ingredients in medium sized mixing bowl.
-In a larger mixing bowl, cream together vegan margarine, molasses, sugar, and flax seed mixture. Make a well and slowly combine dry ingredients, mixing thoroughly.
-Taking a tablespoon or so of dough at a time, roll dough into small balls. If you’d like, roll these balls into your extra sugar for beautiful glittering gingersnaps!
-Space balls of dough out on cookie sheets, a dozen on each. Bake for 10-12 minutes. By this time, they should have rounded and spread out, and the tops will have cracked nicely. Allow to cool, and stuff your faces full of this cozy goodness!
Makes 24 cookies.

So, there you have it- some things that keep me feeling relatively cozy inside during the holiday season. Keep kind, educate, and have a  happy, compassionate holiday season! 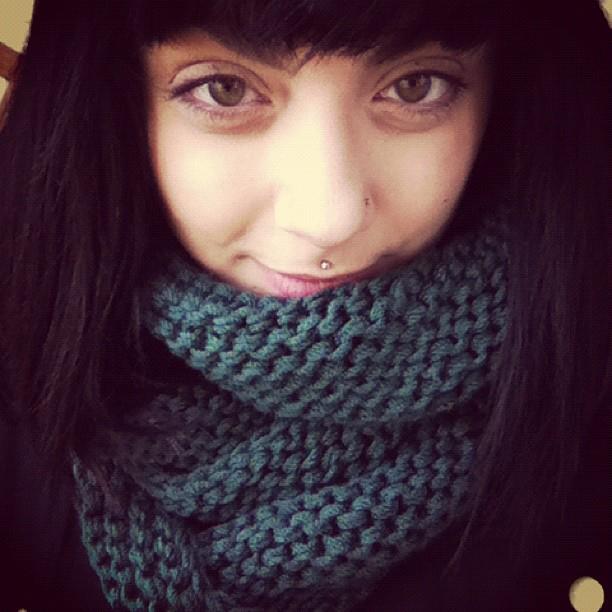 Sarah Louise is a compassionate food and lifestyle blogger, and enthusiastic vegan bake-tivist. Currently residing in snowy Calgary, she is most often found baking cakes, educating, listening to pop punk, and lending a hand with Vegan Publishers’ social media campaigns! A long time ethical vegan, she loves to share how wonderful a cruelty-free lifestyle truly is… and how much delicious food vegans get to enjoy. Be sure to visit her blog and say hello!