Today we are featuring an excerpt from Ruby Roth’s essay that can be found in “Circles of Compassion: Connecting Issues of Justice.” Ruby discusses how the “path to a more sustainable and socially just future lies in bravely engaging our children in new ways of thinking and living” and shows us why it’s important that kids aren’t sheltered from the realities of where food comes from.

Excerpt from Harming Children to Protect Them

We require children to recite the Pledge of Allegiance for “liberty and justice for all.” We teach kids that Abraham Lincoln, in sum, freed the slaves. We ensure that every child can recognize the icon of Martin Luther King, Jr., and summarize his achievements in one sentence—and then we take the day off in celebration of his life.

We tell kids that it only takes one person to change the world, but we don’t tell them how it can be done.

Our promises are empty: the nod we give to achievements in social justice is void of substantive wisdom.

Why go through the motions at all if not to relay lessons of significance? It is not that children are too young to learn the why’s and how’s of social change. They are capable of much more than our culture gives them credit for. We leave out the grittier details behind achievements in social justice because we collectively believe that children should be sheltered from the “adult” world.

Without much thought, we accept a concept of childhood that sees children as fragile beings who require being kept ignorant of many basic realities. But there is no universally accepted concept of childhood. Notions of what is and isn’t appropriate for children vary throughout history and the world. Kids are more competent and sturdy than we think. When we sugarcoat, oversimplify, or avoid truths, we hinder what our children are capable of, psychologically, spiritually, and morally. We hinder our progress as a society.

The path to a more sustainable and socially just future lies in bravely engaging our children in new ways of thinking and living—even if the topics are challenging. Kids must know what’s at stake, they must understand the power of the individual in a substantive manner, and they must be aware of how, specifically, they can help change the world.

A vegan education (there’s no better curriculum encompassing environmental, health, and humane education) starts where kids are already interested—with animals—and leads to the kind of life-centered worldview critical to sustainable innovations and environmental and social policies. Think how the future of business, industry, and politics would look with such systemic thinkers at the helm.

In my experience, the resistance to the notion of a vegan education is more about adults’ unwillingness to change than it is about kids’ abilities to learn.

When my second children’s book, Vegan Is Love, was released in 2012, major media outlets picked up the news. Not in celebration of a new resource for a new generation of compassionate kids, but because inviting children into an honest dialogue about meat and dairy products was being deemed outrageous and controversial—after all, most parents avoid the day their kid realizes that chicken nuggets do not, in fact, grow on trees. My book threatened to make kids more aware than was comfortable for adults.

While a slew of media talking heads judged Vegan Is Love to be propaganda, dangerous, brainwashing, and even child abuse, vegan families—who have all along been engaging in the work of social change—had a good laugh. After a child psychologist on television called Vegan Is Love “the most disturbing children’s book” he’d ever seen, I received a note from a 10-year-old vegan girl who had seen the segment and asked, “Why is that expert so ignorant?” An even younger girl threw her hands in the air and asked me, “What’s so scary about your book? It just tells the truth!”

Grownups were having a hard time with the concept of social change toward a life-centered, compassionate worldview, while children were understanding it easily.

“Children don’t know the full story!” these skeptical adults argued. “Kids don’t know about nutrient deficiencies or human history or food production or costs! They just want to be nice to animals!”

Precisely. Where better to begin an exploration of the world’s unknowns than from a place of compassion and a sense of justice?

With animals as the centerpiece, my books address how even the youngest of children can put their love into action—through healthy food and cruelty-free choices that protect our bodies, the environment, and all living beings. I cover the emotional lives of animals—the why’s behind veganism—and our choices, the how’s of a compassionate lifestyle. They are picture books, but at their core, my books are about democracy, supply and demand, and engaging ourselves in the public realm. We can give kids this education—and it is one that lasts a lifetime.

To this day, I have never known any child to be overwhelmed by discovering the motives behind veganism—only adults. In this way, the media outrage over Vegan Is Love revealed the invisible forces that shape public thinking about children, food, health, and animals—hindering our growth toward a more sustainable and just world. If the public were aware of the level of disease and abuse caused by eating animals, the outrage would be directed at the pervasive cultural programming, not at a children’s book about choices alternative to the status quo.

Corporations are well aware of the importance of marketing to kids in order to increase profits. But neither our educational systems, nor parenting magazines, nor children’s literature takes the intelligence and abilities of kids seriously enough to help empower them to create substantive social change. Engaging kids is not just good for business—it’s good for a sustainable and just future.

If you enjoyed this excerpt and would be interested in reading more compelling essays from various other vegan authors and activists, you can order your copy of Circles of Compassion: Essays Connecting Issues of Justice here–> http://bit.ly/1A9UEDH 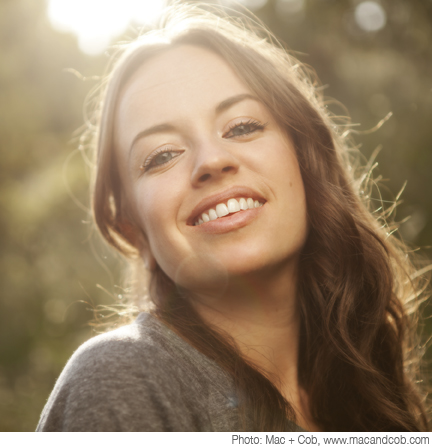 Ruby Roth is an author-illustrator and activist living in Los Angeles. A vegan since 2003, she was teaching art in an after-school program when the children’s interest in healthy foods and veganism first inspired her to write her first book in 2009.   Featured on CNN, FOX, NBC’s Today Show, and other major media outlets, Roth has received international attention for her sensitive, yet frank advocacy of a vegan diet and lifestyle. Complementing her degrees in art and American Studies, she has researched animal agriculture, health, nutrition, and the benefits of a plant-based diet for nearly a decade. Roth has lived in Los Angeles, Kauai, and the Bay Area.

For more about Ruby Roth and her famous vegan books for children you can visit her facebook page and her website: www.WeDontEatAnimals.com.