A version of this article appeared on The Dodo, April 2015.

When promoting veganism, we animal advocates are often confronted by claims of care toward humans as though they negate the importance of going vegan. Veganism is dismissed and trivialized as something for “animal lovers,” not for humanitarians and social justice advocates. It often goes something like, “I care about human issues” or “We have too many human problems to solve before we can deal with animal rights.”

If there’s one thing that veganism has taught me, it’s that everything is interconnected. We can’t commit violence over there and then wonder why there’s violence over here. We can’t meditate on inner peace and world peace, while consuming the products of violence. Ignoring one form of violence while fighting another places us at odds with our fundamental goals.

So here are 7 reasons why even those who prioritize human concerns over animal concerns should still go vegan.

1. Do you eat?
If you have time to eat in a day, and have access to grains, legumes, and some fruits and vegetables, then you have time to eat a vegan diet while still dedicating all of your other time to humans. The same goes for consuming other products of animal exploitation. If you have the time and resources to consume animal-based entertainment, buy animal-based clothing or animal-tested personal or household products, you have the time and resources to do the same thing minus the exploitation.

2. Using animals does not demonstrate care for humans…
…it just demonstrates disregard for nonhuman animals and disregard for the negative impact that using their bodies as resources has on humans and ecosystems. In other words, you’re not showing how much you care for humans by not being vegan. You demonstrate care for humans by caring for humans, and by paying attention to the ways in which domination and injustice affect multiple groups. The principles that guide us to help humans — justice, compassion, peace, nonviolence — also happen to be the foundations of veganism, and they’re better served when a source of violence to which we directly contribute is eliminated. Veganism is empowering because it creates a foundation of nonviolence that supports other forms of activism.

3. Compassion and justice are not quantitative values.
You don’t run out of compassion and justice when you use some on nonhuman animals. In fact, as many activists can attest to, the more compassion you allow yourself to feel and the more expansive your sense of justice, the more you will generate. Imagine if your sense of food justice also protects other vulnerable beings and protects the environmental landscape for future generations. Justice grows. If your heart can cringe at the sight of a cat in pain, imagine what you must feel for a human child. If you feel indignation when someone squashes an insect, imagine how you must feel when humans go to war. Compassion grows.

4. We already think that unnecessary animal suffering is wrong.
If you think it’s wrong when someone beats a dog or kicks a cat, ask yourself why. We tend to respond with moral indignation because these acts cause unnecessary suffering. Even if we think that humans matter more than animals and that we would save a human life over an animal life any day, we still think that it’s wrong to cause unnecessary suffering to animals. Since we don’t need animal products to live healthfully, any amount of suffering caused to an animal raised as a resource is unnecessary. Eating a fish or an ice cream cone or wearing a leather jacket causes no less suffering than kicking a cat; in fact, it likely causes much more suffering. Being vegan is the absolute least we can do if we care even a tiny bit about animals. If you care enough about animals to care for a cat or a hamster, to think it’s wrong when someone kills a whale or steps on a mouse, then you care enough to not eat a cow or a chicken or a fish. Animals are sentient: they feel pain and pleasure and they have an interest in not suffering and not dying. And luckily, this is all it takes to warrant moral consideration.

5. Violence produces violence.
Nonhuman animal suffering is human suffering. Whether you kill animals yourself or pay others to do it for you, by creating an industry that requires humans to act violently, we contribute to a violent humanity. Individuals who work in slaughterhouses have high rates of workplace injury, mental illness, suicide, drug abuse and domestic violence. To quote William Blake, “a dog starved at his master’s gate predicts the ruin of the state.” Psychologists interpret violent behavior against nonhuman animals as a precursor to violence against humans. The way we treat every living organism is a reflection of our entire worldview. We can’t expect justice and peace within our own species while we terrorize others.

6. Animal agriculture affects us all.
According to the World Watch Institute: “[t]he human appetite for animal flesh is a driving force behind virtually every major category of environmental damage now threatening the human future — deforestation, erosion, fresh water scarcity, air and water pollution, climate change, biodiversity loss, social injustice, the destabilization of communities, and the spread of disease.” Breeding, feeding and killing animals requires tremendous resources that are now being depleted beyond regeneration. This affects the world’s poor most drastically. There are over 7 billion people on the planet, while nearly 1 billion people are currently malnourished or dying or starvation. More than 6 million children will die this year of starvation. 82 percent of these children live in countries where grain surpluses are fed to animals that are eaten by individuals in the developed world. One quarter of all of the grain produced in third world countries is given to livestock. This affects food prices, food availability and food security for everyone.

7. We can fight oppression everywhere.
The dominating, “othering” consciousness required to oppress groups that are perceived as different, and inferior based on those differences, affects various victim groups in different ways. One of these victim groups is nonhuman animals whose discrimination is on the basis of species. When we’re working to dismantle an oppressive system like patriarchy or white supremacy, we’re opposing a system of discrimination by a dominant group and dominant worldview that seeks to exclude, denigrate, and exploit a group based on their perceived differences from the dominant group. This basic structure of oppression is also perpetuated through speciesism. So when we exclude nonhuman animals as a victim group, we miss an opportunity to further deconstruct and overthrow an oppressive system held in common by different oppressed groups.

After these considerations, we might still be left with one or more of the four common justifications for continuing to eat animal products: tradition, habit, convenience or pleasure. But as progressive people, we don’t have a problem condemning traditions or habits that don’t hold up to moral scrutiny. We have no problem saying that if a tradition involves violence against women that it needs to change. Or that if someone derives pleasure from harming children that they need to change.

Ethical principles that protect individuals from harm transcend social considerations like tradition, cultural norms, and dominant ideologies, as well as individual considerations like habits, tastes, and convenience. Social and cultural maxims and individual wants cannot serve as ethical justifications. They always serve as excuses and rationalizations. So instead of responding with knee-jerk excuses or hiding behind concerns for humanity, let’s start fighting for justice everywhere. An easy place to start is on our plates. 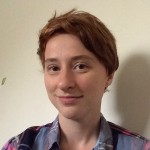 Patti Nyman holds a Master’s degree in Social and Political Thought from York University where she specialized in theories of liberation. She has taught undergraduate courses at York University on critical social theory and dominant ideologies of the West. A writer and activist, Patti has written scholarly articles on feminist theory and the philosophy of religion, and currently works with Animal Place on campaigns and social media.