So here we go again. You’re talking to someone about the importance of justice for nonhuman animals (either in person or online). And things are going well. In fact, they’re going too well. A moment before it happens, you detect a slight change in the air and your intuition tells you that it’s coming. You turn around and BAM, there it is.

“What about plants, though? Plants have feelings.” 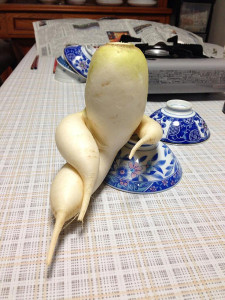 Plants, tho? Really? We’re doing this again? Doesn’t matter who uttered it. It’s out there now. Sometimes it’s said with absolute sincerity. Other times, it’s clearly a deflection. Either way, it’s an inevitable conversation that every vegan and animal advocate has faced. And if that doesn’t include you, trust that it won’t be long. That train is never late. But is there a way to handle this conversation gracefully without it turning into a knife fight? Hopefully, yes. And if we’re lucky, we can turn your erstwhile plants rights activist into an animal rights activist.

First of all, we already know that if people care about plant justice, then eating them directly minimizes plant suffering since more than 70% of the plants we raise are fed to food animals. Sherry Kolb has an entire chapter in her book Mind If I Order the Cheeseburger that articulates this beautifully. But let’s follow that strategy a step further.

Really commit to their premise. No, I mean it. Don’t treat it as absurd. Engage them. Approach this discussion in a way that promotes mutual understanding. Acknowledge the possibility that plants have rich, meaningful and emotional lives. When people introduce plants in an adversarial way, they’re prepared for a fight. Many people already expect for you to scientifically defend the notion that plants are not sentient. And those ones will fight tooth and nail with whatever pseudo-scientific link they can grope around for on the internet.

People are rarely, however, prepared for you to engage with them on their own terms in a purely philosophical fashion. Allowing them the possibility that plants should exist within our sphere of moral consideration disarms them immediately. By granting them their premise, you defuse a potentially hostile situation. So take the wind out of their sails, and then…

Welcome them to the team. If we’re going to have a conversation about the theoretical suffering of plants, then it should be a given that we acknowledge the blatant and very well-documented suffering of animals. So we should be able to safely assume we’re all on board with no longer exploiting and torturing them. Congratulations!

But some people will back pedal here. If they insist on consuming and exploiting animals anyway, then respectfully but firmly observe that introducing plant suffering was nothing more than an attempt to derail a meaningful dialogue about animals. Politely ask them to see their way out because they care about neither and have nothing productive to add. If they insist on fussing anyway, then they only reveal themselves to be bullies. This will be obvious to everyone, which means you can simply ignore them. More often than not, they will run out of steam because you refuse to give them any attention…the lifeblood of bullies. 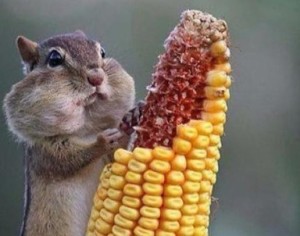 Give them a platform to explore their position. Ask them legitimately what we should do as a measure to minimize injustice towards plants. Give them the floor and put them on the spot. If they have an answer, we would all love to hear it. But chances are they don’t…which provides you with an excellent opportunity to highlight your suggestion. At the very least, no longer contributing to animal agriculture is an interim measure to protect more plants.

But be sure to reaaaaaally get into plants rights. By now, most people will probably understand that being moral agents for plants is not a comfortable space for them to occupy. However, just in case they’re not, examine some of the many transgressions against them. Following this through to its logical conclusion, we can see that mindlessly trampling grass underfoot is barbaric. As is wearing cotton garments, keeping houseplants as slaves, and sitting on wooden chairs. As the list of plant abuses increases, most folks will cease to derail you.

Then too, there are others who will run this right on through. But again, those people are often irrational bullies. And spending too much time on them is never recommended. It detracts from time we can spend building allyship with those who are open to understanding the other animals with whom we share this world. Focus on them, and eventually “plants tho” will be a very minority interest.