Join us for an interview with Liz Marshall, Gemini-nominated, award-winning director of The Ghosts in Our Machine. The powerful documentary provides a window into global animal industries and is receiving rave reviews.

VP: The Ghosts in Our Machine is an incredibly powerful film. Tell us about how this film came to be.

LM: THE GHOSTS IN OUR MACHINE was passively developed over many years, through lived experience, research, watching films on the subject and reading books. But, my life partner Lorena Elke is really the reason; she encouraged me to make a film about the animal issue and she challenged me around my blind spots. I decided to actively develop a concept/story angle and pitching package in 2010, after my last film Water On The Table had been released. My instinct to ground the issues in a human narrative crystallized when Jo-Anne McArthur agreed to be the protagonist. From a conceptual standpoint, her photos were the starting point for me. The journey of discovery continued from that point forward, but in a much deeper way of course. There are so many layers to this subject matter, and intersections, which is partly why I was compelled then, and continue to be today.

VP: Was it challenging to capture the experience of a photographer who photographs exploited and mistreated animals?

LM: Being introduced to a cast of animal subjects through the heart and lens of Jo-Anne McArthur was an intuitive entry-point for me as director into such a tough subject. Jo is accessible, hopeful, talented, and her images speak volumes, and she is a point-of-access for viewers. The challenge was in chipping away at 180+ hours of footage to find the film – which is 92:00 minutes – and to achieve balance between bearing witness to the machine, and expressing the essence of animal sentience for a broad audience. 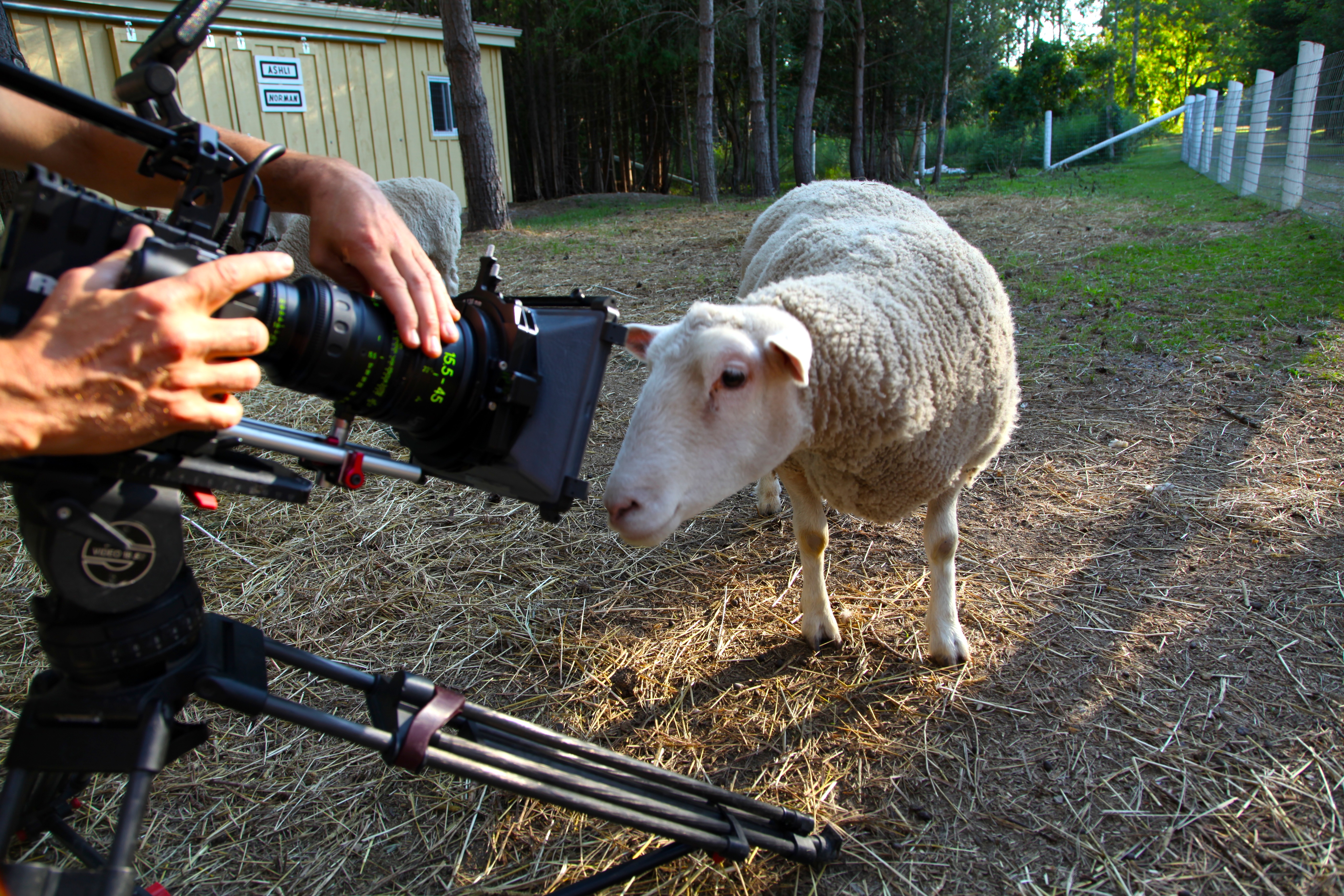 VP: Who is the audience you would like to reach with this film?

LM: THE GHOSTS IN OUR MACHINE is for anyone who appreciates, respects, loves animals, or who is curious about the issues. I would say it is a film for the majority.

VP: Tell us about your decision to juxtaposition footage of animals in captivity with rescued animals.

LM: Creating ebb and flow was important structurally, to take viewers on a journey, but also because there needed to be reprieve, beauty and magic in the film, as a way of illustrating animal sentience and the good work being done in the world. The Farm Sanctuary scenes serve an important role; they show us what is possible, that animals have personalities, feelings and stories. Depicting our consumer driven modern world in a variety ways, from mundane scenes of urban living, to bearing witness to the interior of fur farms in Europe, to trucks filled with pigs en route to slaughter, are ways the ‘machine’ is expressed throughout the film. Dwelling in each ‘space’ for too long didn’t work, the contrast is needed, but so is balance. 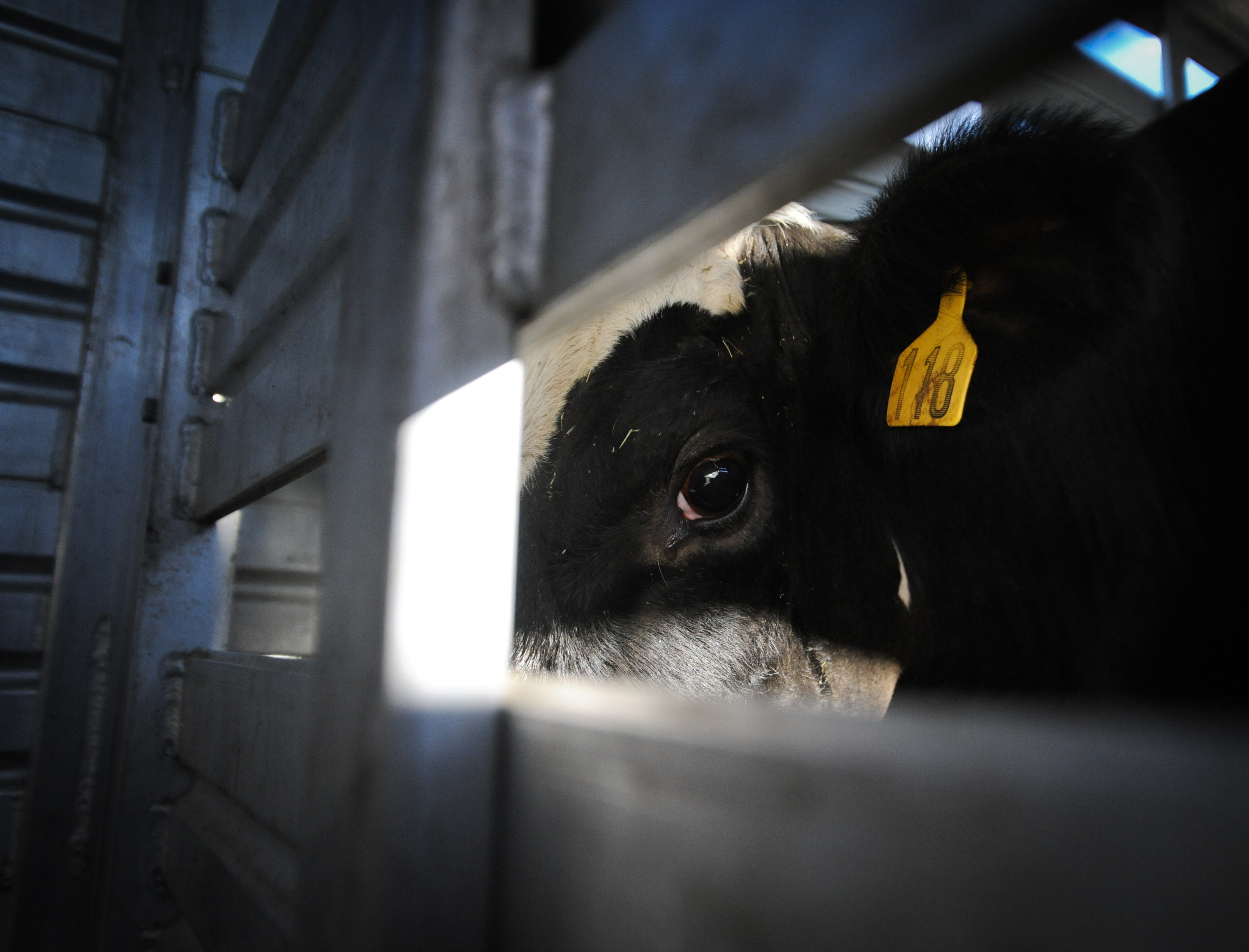 VP: The Ghosts in Our Machine seems to rely on the viewer to make the connections to get the overall message of the film and not on particularly graphic images. Can you tell us about your general approach to this film in conveying your message?

LM: The film is attempting to convey big moral questions through a human narrative – a heroine – and to leave audiences in a reflective state of mind. THE GHOSTS IN OUR MACHINE is designed to invite a broad audience to see the ghosts, and to raise consciousness. There are many ways to do that of course. We didn’t want to overwhelm or dictate to audiences. We want the film to be an experience, and one that lasts for hours or days or hopefully longer!

VP: What kind of impact would you like to see from The Ghosts in Our Machine?

LM: Our #1 goal is for the film to be seen far and wide by a broad and diverse audience. Change is a profound ripple effect. We can all make a difference each and every day for the animals. Practically speaking, change is at our fingertips, we would love for audiences to have that realization. 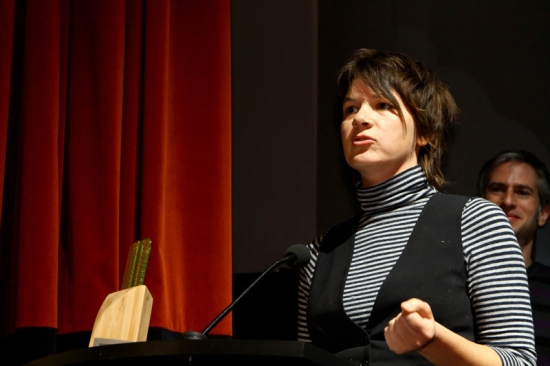 Liz Marshall is a Gemini-nominated, award-winning auteur filmmaker who fuses character-driven cinematic storytelling with social and environmental justice issues. Since the 90s she has created a body of documentary projects shot all over the world which focus on a range of subjects including: animal use and animal sentience; the right to water movement; HIV/AIDS in sub-Saharan Africa; sweatshop labour; corporate-globalization; gender; censorship affecting writers and journalists, war-affected children; music icons and the written and spoken word. Liz is well versed in the craft of conceptual point-of-view storytelling as a means of exploring complex issues.