Today, H. Jay Dinshah, co-author of the book “Powerful Vegan Messages,” talks about the meaning behind the Sanskrit term “Ahimsa.” 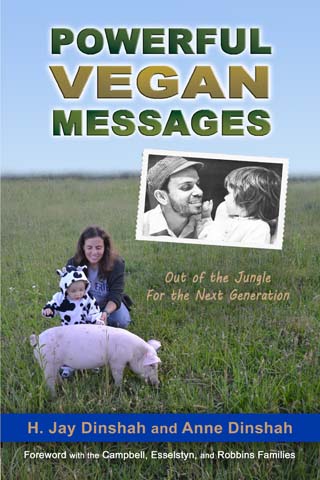 “Well, I’m still with you. Where do we go from here?” This may be your thought at this moment. To continue, I will introduce you to ahimsa. Ahimsa is a concept that can make a great difference in your life.

Ahimsa is a Sanskrit term that literally means nonharming. Until the twentieth century it was considered mainly, if not entirely, in its negative, or “thou shalt not,” aspect. Mahatma Gandhi stressed the positive aspect of constructive loving action. Today we consider it in its fullest positive aspects as well as negative and explain it as “dynamic harmlessness.” It means to go through life doing the least amount of harm, hurting, killing, as possible; and it means to do the most amount of helping, assisting, and benefiting of others as possible. So you see that ahimsa has two sides to it, one negative and one positive, to be understood and practiced together, in balance. This can help us determine what we should not do and what we should.

The concept of ahimsa does not mean that we should just retire to a cave in the mountains and do nothing, or sit on the curb and watch the world go by. On the contrary, Gandhi was a great karma-yogi, an enlightened soul who believed in active service and work to help relieve the suffering of the world. It must be service and work done in the right way through the methods of nonviolence and with patient understanding. Whatever we are to do, we must always use the powers of love and compassion never the negative forces of hatred and selfishness.

“All right, so we resolve to learn the truth and to live by it. We will also try to be harmless. What’s so great or lofty about that?” This may be the first reaction.

Do you realize the vast implications of living up to truth? It means that we cannot color our dealings with others—our friends, family, business acquaintances, other races, other nations, people of other religions and beliefs—according to our own prejudices and then liberally sprinkle the same with a big dash of self-gain.

We have to step outside of ourselves and view any situation impartially, not merely from our viewpoint but also from the other person’s. If the judgment is left to us, we must exercise the fairness of King Solomon even if we fall a little short of his wisdom. Is this not fair to your mind? After all, in law, if one person sues another, neither litigant can sit in judgment, nor a relative, nor anyone with a stake in the outcome, nor anyone else who is prejudiced. Don’t you agree that is a wise and fair rule?

How is it that in the dealings of nations each side judges the other with the predictable consequences that each sees itself as one hundred percent right and the other wholly in the wrong, then proceeds to act as executioner and to gobble up the spoils of war? This would seem like a judge who is personally involved in a case, yet is sitting on the bench, trying and finding a defendant guilty, pronouncing sentence, carrying out the execution, and then confiscating the victim’s property for the judge’s personal use.

How is it that we humans declare ourselves the sole authority and arbiter of what is due all other creatures and what we may expect of them? These creatures are considered lower in nature’s scale of life, but it is a scale created by humans. Is this not again a case of stark, ruthless use of brute force and power for self-gain at the unjust expense of other creatures?

How is it that we claim to be the highest type of creature, yet act in a barbaric manner that would shame any reasonably decent denizen of the jungle? Do we not make our civilized world a more terribly cruel and unjust place than any natural jungle?

It is easily demonstrated that some aggressive traits serve certain jungle animals well in their constant drama of survival. But we like to boast that we have become better than these beasts who act largely out of habit and instinct and mainly out of necessity. Some people think humans represent the one creature that has been endowed with a mental and moral capacity to plan and build a better world for future generations. We consciously think about and set about to improve our way of life. We weigh, judge, and choose one path or another in life and imagine long-range consequences, abstractions, and ideas.

Humanity is not the exclusive owner of personality and sensations. We are not the only creature with feelings and emotions, family ties, a sense of right and wrong, or thinking ability. We should always bear this in mind when we talk about “dumb animals,” many of whom have sensory development that puts us to shame.

If humanity does possess some capabilities in a higher degree, then it is our duty to use them for world betterment. How great the crime if instead we turn our capabilities to world domination and to looting and plundering of every creature who falls within our grasp.

Dominion over the Earth was never meant to imply the delivery of everything under the sun into greedy hands, to be despoiled, ruined, enslaved, slaughtered, or cast aside when we can no longer wring another penny’s profit from it. Even leaving aside any such thing as karmic law, it must be obvious that our human greed and selfishness have brought us perilously close to the brink of disaster and even extinction.

One way humans flirt with extinction is through warfare. We humans go our merry murderous way as if we were fooling around with bows and arrows and stone clubs instead of technologically-advanced weapons that can obliterate life wholesale.

Another dismal possibility of self-wrought destruction is our much-trumpeted “conquest of nature.” This has many aspects such as denuding the land of forest and field cover, dousing it with toxic materials to create a bugless and perhaps eventually lifeless world, and habitually using poisons for everything from setting hair curls to killing weeds. What a pity we don’t put so much effort into learning our own inner nature and conquering our lower, selfish brute nature instead. And if we were to start on all the foolish things we thoughtlessly do to ourselves in the areas of health and food, we wouldn’t have enough pages to list them all.

Dr. Schweitzer said, “Whenever I injure any kind of life, I must be quite certain that it is necessary. I must never go beyond the unavoidable, not even in apparently insignificant things. That man is truly ethical who shatters no ice crystal as it sparkles in the sun, tears no leaf from a tree….” Others have spoken about “walking lightly upon the Earth,” to leave the “shallowest footprints possible” insofar as damage is concerned.

From the beginner’s standpoint, such advanced degrees of ahimsa may seem highly exaggerated or overly idealistic. But one must first learn the lessons in grade school before going to college. We are nothing if we do not have ideals and aspire to live up to them, however imperfectly as yet. It is said that practice makes perfect. Perhaps a whole lifetime may be insufficient to attainsuch a degree of perfection in harmlessness. That is all the more reason to at least get started on this path right now. 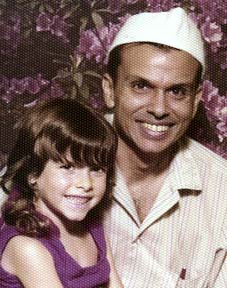 H. Jay Dinshah (1933-2000) was a motivational speaker, lifelong vegetarian, vegan since 1957, founder of American Vegan Society (AVS) in 1960, editor of Ahimsa magazine, and president of AVS for forty years. Jay spearheaded the modern vegan movement in America influencing many people with his message of dynamic harmlessness. He was especially skilled at planning conferences and encouraging people to get involved. After touring a slaughterhouse in 1957, he vowed to work every day until all the slaughterhouses are closed.

Anne Dinshah is the daughter of Jay and Freya Dinshah. Anne is a motivational speaker and lifelong vegan who is currently vice-president of AVS and managing editor of American Vegan magazine. She is a professional rowing coach and “the girl next door.” Anne brings the messages of dynamic harmlessness and veganism to a new generation with a gentle, entertaining way of communicating in her own style. She is also the author of “Dating Vegans.”