There has been increasing recognition of intersections between different forms of oppression that include animal use (The Curvy Vegan, 2014; Tuttle, 2014). Intersectionality is the study of overlapping social identities and recognition of systems of oppression that are connected and share common root causes (Crenshaw, 1989; Knudsen, 2006). The concept of intersectionality, as originally presented by legal scholar Kimberle Crenshaw, focused on recognizing the intersections between race and gender oppression, though Crenshaw later explained how it applied to various forms of identity (Crenshaw, 1991), and the model has since been expanded by activists to connect human and nonhuman oppression (Jones, 2013).

From a psychological perspective, the search for root causes, or core themes, for problematic behaviors is of central importance, and if we can get at the underlying issues for multiple problems, we are doing the most important work that can be done. For example, across a range of therapy types and theoretical orientations, while we teach our clients specific techniques to develop particular skills, the mechanism of change for such clinical work is accessing the underlying issues that account for the entire range of problematic thoughts, feelings, and behaviors. Thus, we are better able to bring about change when we can access the core issues that underlie the difficulties. This has been shown to be particularly true when we are attempting to influence those engaging in behaviors that are especially difficult to change (Young, Klosko, & Weishaar, 2006).

The same can be said for issues of social justice. At the root of speciesism, racism, sexism, ableism, ageism, homo- and trans-antagonism, and other “isms” is the notion that some individuals are “lesser” than others. If we can get people to recognize that none of us are any “higher,” “better,” or “more deserving” than any other, we can bring about great change. This means that, as activists, we should not just be countering injustice towards nonhuman animals, but injustice in all its forms. We can all be much more effective as activists if we stand against oppression and build allies across these various issues.

As someone who has worked his entire career fighting for an end to domestic violence, I have at times found it staggering how cut off most my colleagues are from issues of animal exploitation and abuse. Every year I spend a weekend at a think tank where some of the greatest minds in the field of interpersonal violence gather to try to bridge gaps across advocacy efforts focusing on violence towards women, child abuse, elder abuse, community violence, etc., and come up with effective violence reduction campaigns and strategies. Vegan food is very hard to come by at these events, so literally hundreds of animals needlessly died to feed these humans who are supposed to be finding ways to end needless violence.

On the other hand, I have often witnessed vegans dismissing humans who experience oppression. They may say that they need to speak up for nonhuman animals only, and not humans who experience injustice, because nonhuman animals “don’t have a voice,” dismissing the fact that humans are also often voiceless against the oppression they experience. This stance not only reinforces the notion that vegans don’t care about people, but also alienates potential allies from the vegan community.

Creating “safe spaces” has long been considered critical in clinical psychology, particularly with trauma-informed approaches that recognize the need to show understanding and sensitivity to others so that they will feel comfortable in truly joining with us (Harris & Fallot, 2001). We need to create safe spaces for animal advocacy that are free of oppressive speech or behavior, or else we risk re-victimizing already oppressed individuals whom we should be bringing into the movement, not repelling. There is no place for any form of oppressive or hateful speech in the animal advocacy community. Unfortunately, creating safe spaces and understanding the importance of bringing others into the movement are not high priorities for many mainstream animal advocacy groups, which hinders our ability to grow as a social justice movement.

Part of creating that safe space is being thoughtful about how we use comparisons that may be considered offensive by some, such as those involving human slavery. It is not advisable to directly compare the severity or magnitude of different forms of injustice or make judgments about whether one injustice is equal to or worse than another. There is no value in doing so, and it leads to a high potential for conflict with those whom we are attempting to reach. However, we should be able to discuss similarities in underlying systems of oppression or factors allowing for the injustice to occur (McJetters, 2014). Using language that is sensitive to linked oppressions is not “thought policing” or “political correctness.” It promotes justice for all and invites other activists into the animal advocacy movement.

Despite potential barriers for other marginalized groups to join the vegan movement, people of color are about twice as likely to be vegan as white people (Gendler, 2012). Our movement directly benefits from continuing to value and amplify these voices to encourage a truly diverse, unified community that reflects our population, rather than presenting veganism as simply a privileged white phenomenon. If we are to treat veganism as an issue of social justice, and advocate for equality among human and nonhuman animals, our advocacy should especially include other humans who are marginalized and treated as “less than.”

There is a segment of the animal advocacy world that is extremely hostile to pro-intersectional vegan advocacy. Some vegans make comments such as, “I hate all humans equally and would love nothing more than to see them all die,” and, “Screw those earth- quake victims; all of those savages probably ate animals.” Not only does the notion of accepting violence of others directly contradict the vegan ethic of standing up to injustice, but it is also an ineffective strategy to help nonhuman animals. If we want the dominant society to develop greater regard for the ongoing injustice that nonhuman animals experience, we need to create a world that is sensitive to injustice and oppression in general.

Other animal advocates have criticized the pro-intersectionality movement as speciesist, stating that they place human animals above non-human animals. While it is true that speciesism exists in the pro-intersectional community, as in the larger vegan community, the suggestion that all pro-intersectional advocates are specieist and share the exact same views promotes ignorance and a lack of awareness of the diversity of voices within this movement. This undermines the efforts of many who are working hard every day to fight against injustice towards human and nonhuman animals and to create a more diverse and effective movement.

When we promote hostility, hatred, and violence in our own language and behavior, we create a world with more hostility, hatred, and violence, not only towards other humans, but towards all of the inhabitants of our planet. It is also simply not enough to promote justice for non-human animals while promoting discrimination or indifference to those fighting against forms of human oppression and discrimination.

I do understand resistance to pro-intersectional advocacy beyond the fact that we collectively do not want to relinquish our privilege. Some fear that they are simply not able to choose their words correctly or to respond in ways that will not offend others. There is some truth in such fears. Pro-intersectional advocacy is not easy and does not necessarily come naturally.

It is something that we need to work on and continuously learn from others, particularly those who experience multiple layers of reciprocating oppression. What is most important, however, is to really focus on listening to those from marginalized groups, and to not attempt to speak over them or tell them that their experiences are not real or legitimate. It is best to maintain a listening mindset while acknowledging that we may make mistakes as we attempt to become better advocates for both human and nonhuman animals. I have personally learned a tremendous amount from pro-intersectional advocates, and my own advocacy has benefitted greatly by focusing on really listening to what they have to say.

What if all of the human and economic resources poured into fighting the various forms of injustice were pooled to fight the roots of all injustice? What if everyone who had an interest in social justice recognized that all injustice must be challenged, and worked hard to understand the perspectives of all marginalized and oppressed individuals, human and nonhuman? What if we focused on all of the positive contributions that a truly diverse movement could bring to ending the suffering of all sentient beings? I daresay that this planet and all life forms that inhabit it would be in much better health right now.

The Curvy Vegan (2014). “Angela Davis: Why Being Vegan is a Part of a Revolutionary Perspective.” http://www.thecurvyvegan.com/angela-davis- vegan.html.

Gendler, S. (2012). “How often do Americans eat vegetarian meals? And how many adults in the U.S. are vegetarian?” The Vegetarian Research Group Blog. http://www.vrg.org/blog/2012/05/18/how-often-do-americans-eat- vegetarian-meals-and-how-many-adults-in-the-u-s-are-vegetarian/.

Knudsen, S. V. (2006). “Intersectionality – A Theoretical Inspiration in the Analysis of Minority Cultures and Identities in Textbooks” 61–76 in E. Bruillard, B. Aamotsbakken, S., Knudsen, S. V. and Horsley, M. (eds). Caught in the Web or Lost in the Textbook? Caen: IARTEM, Stef, Iufm. 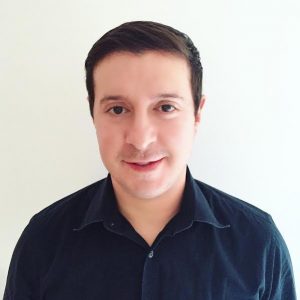 Casey is co-owner of Vegan Publishers and Professor of Psychiatry at Boston University School of Medicine. He’s an internationally recognized researcher in the area of violence prevention, winning prestigious awards for his work from the International Society for Traumatic Stress Studies, the Institute on Violence, Abuse and Trauma, and the Centers for Disease Control and Prevention. He has published over 100 journal articles, book chapters, and scientific reports. He has authored the recently released Motivational Methods for Animal Advocacy: A Clinical Psychology Perspective, and has a book forthcoming on trauma-informed violence prevention, to be published by the American Psychological Association.