In an effort to stabilize the growing number of black bears in Florida, the state’s Wildlife Conservation Commission is allowing hunters to kill a total of 320 of them. Hunting season opened this weekend, and at the time of this writing, up to 200 bear lives have already been taken.

If you happen to be a person who cares about animals, this is obviously bad news. And eventually you might find yourself in an unpleasant debate with someone who vehemently defends this type of violence. So here’s a handy list of hunting discussion points to provide you with some much-needed ammunition (pun intended) for these loaded (I’m on a roll) discussions with hunting advocates.

What about people who need to hunt for food?

Depending on what statistics you look at, hunting generates as little as $23 billion annually or as much as $38.3 billion. Either way, that’s a lot of money. In fact, it averages out to $2,800 per hunter. All things considered, people living in such financially disparate conditions don’t enjoy the economic mobility to make this such a profitable industry. So although some people may indeed eat the corpses of their victims, it’s unlikely to be out of necessity.

If someone introduces the hunter who needs to hunt for food, ask them if they’re really concerned with the well being of people trapped in cycles of poverty or if they’re tokenizing them as an excuse to protect animal violence. Then re-focus the conversation to challenge lawmakers about why they allow Americans to fall into such grinding poverty that killing others to survive is even necessary, let alone conscionable. 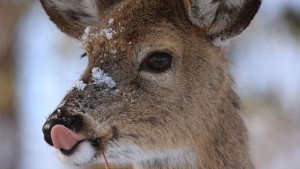 This is not why crops are in trouble.

Maybe. But that’s not a representative image of hazards to vegetable agriculture in the United States. Big picture? The most dangerous threats to raising crops in the United States (and globally) are energy constraints, water availability, climate change and ecological degradation. Ironically, many of these concerns could be addressed by switching to a plant-based diet. Bottom line, shooting some deer, gophers, moles, and raccoons is polishing the silver on the Titanic. Your hunter can do better.

People who hunt often rely on conservation arguments when challenged about their reasons for hunting. Yet, surprisingly few of them wear an air of somber despair as the burden of rescuing these animals from themselves rests heavily upon their shoulders. If people are genuinely invested in preserving life, then offer them an alternative to taking it. Perhaps they could be convinced to just, I dunno, donate money to conservation. They might not get a corpse out of the deal, but I thought they were in it for the animals anyway. So do they need a dead body?

And really, would this person claim that killing humans was an effective means of saving them? If not, then they admit that their argument is couched in convenience, violence, and exceptionalism. If they say yes, however, quickly excuse yourself and never return to that person. 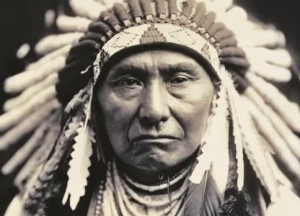 Statistically not who you are having a conversation with.

What about Inuits* and American Indians*?

Chances are the person asking you this question is neither Inuit nor an American Indian. Matter of fact, this person is probably white.

According to statistics compiled by the U.S. Fish and Wildlife Service, up to 94% of hunters are white, 2% are Hispanic, 2% are African American, and only a small, small portion identify as another racial or ethnic group. As an added fun fact, hunters are statistically male (89% male to 11% female in the United States).

So tell your (likely) white man to stop being racist. Inuits and Indians don’t need white people to fetishize them in order to prop up their position on hunting. Romanticizing one cultural aspect of another group’s lifestyles paints that entire group with a broad brush that erases their individual identities. Then re-direct them to some meaningful research from such writers as Dr. Rita Laws. If they care about indigenous populations, force them to have a mature conversation about how to reverse generations of continued disenfranchisement caused by colonization, genocide, institutional racism, and gentrification rather than tokenizing one way in which they got by, which is not completely representative of a whole race or ethnicity anyway.

Authors note: All of the statistical data used in this piece is strictly from U.S.-centered literature and resources compiled by U.S. government regulatory agencies. Apologies in advance to non-U.S. readers for this limitation.

*The word Eskimo is considered offensive in Canada and Greenland. So it is not used in this piece. However, it should be recognized that Alaskan native populations might be either Inuit or Yupik.

** The phrase American Indian is used to describe indigenous populations in the continental United States based on the information provided in the resource linked.