Today we are excited to catch up with our friend Carlos Patiño! Carlos is the author and illustrator of the famous vegan children’s book “Dave Love’s Chickens” and illustrator of Vegan Publisher’s newly released “Lena of Vegitopia and the Mystery of the Missing Animals.” Carlos talks about his creative process and let’s us know what he’s been up to this past year. 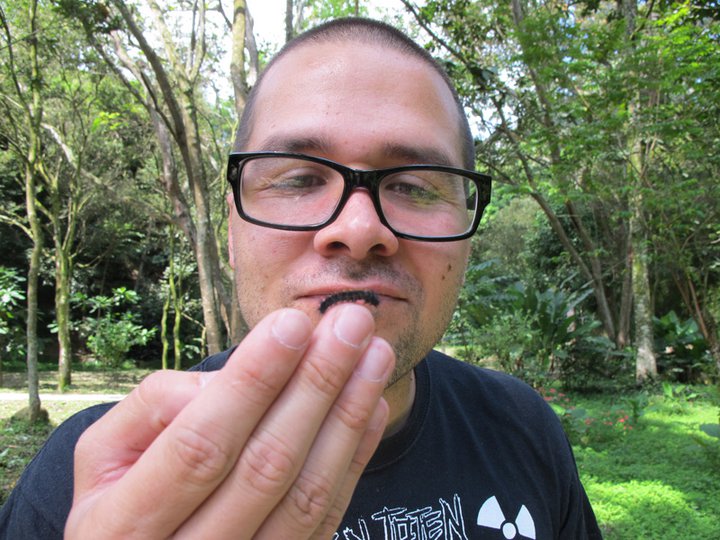 VP: We love the new Lena of Vegitopia book! Tell us about your creative process for the book.

CP: I guess its the same approach as in every book I work on. I read the text first and try to figure out what kinda of characters there will be as well as what kind of environment the characters will need and that gives me a place to start. From there I start sketching some of the main characters and go into a selection process to see what works and what doesn’t. There might be elements of one character that I like that might be able to go onto another one. So in a way its a design process when it comes to the creative approach to a character.

When we talk about the environment for the characters- I try to work on very simple backgrounds that show the characters in a scene and I like to use very bright colours as well. I find kids react in a very positive way when it comes to colours. They manage to assimilate colours with characters and animals. 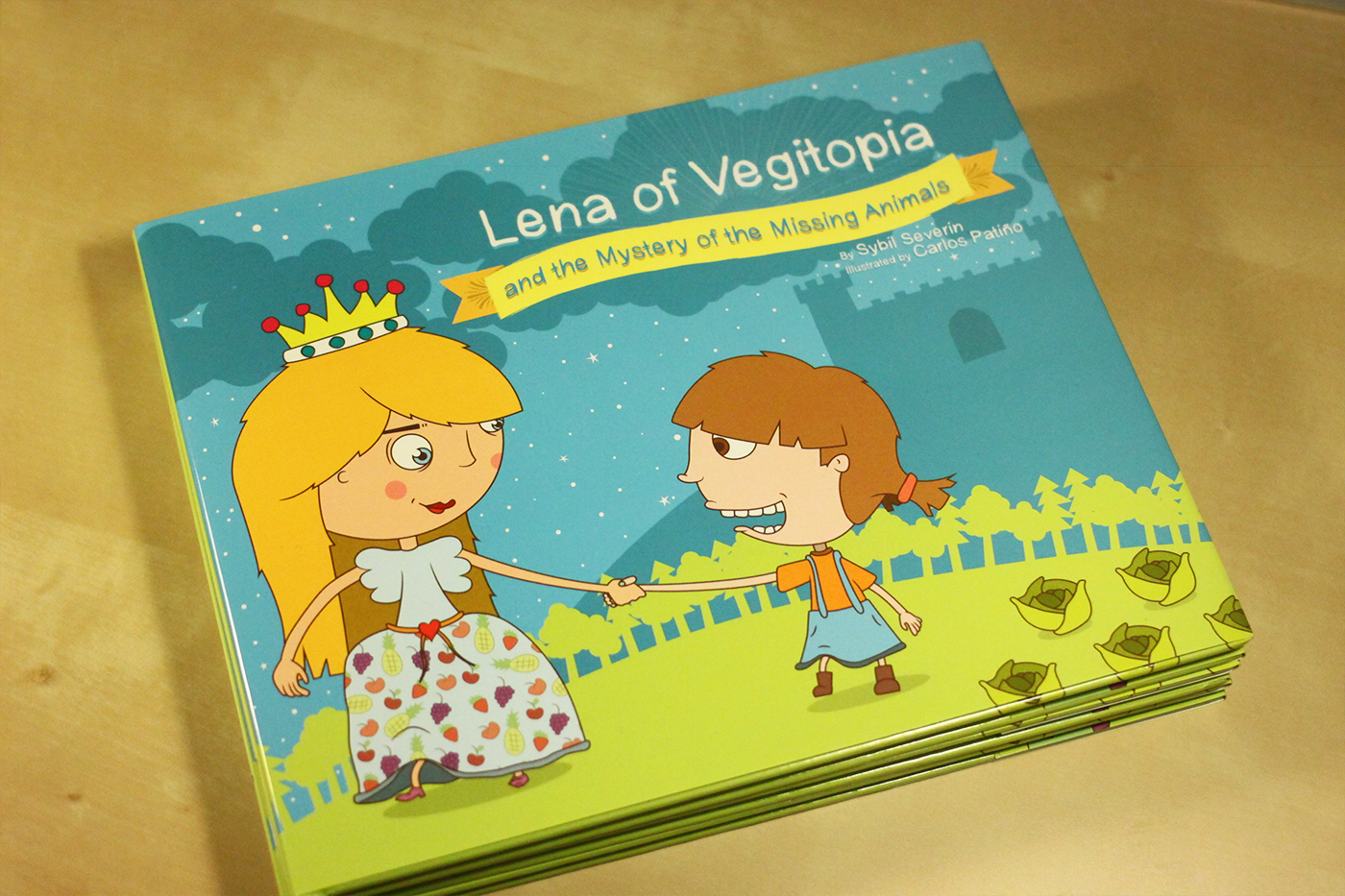 VP: Kids seem to be drawn to the characters you create. Why do you think that is?

I also like to use mostly fun expressions and happy characters. Even when the character might be sad I try to make him not “realistic” sad because I want kids to understand that they might get sad at some point but everything will be fine.

VP: Would you like to live in the land of Vegitopia yourself?

CP: I would love to! My dream has always to be able to live off the land and in my head. I like to believe that might happen at some point later in life. A land like Vegitopia is not just people living off the land but it is also, in a way, a utopian society where everyone knows each other and people help out where they can and that to me is “the promised land.” I believe we can survive with our instinct but community plays a HUUUUGE role in all of this. Without the support of each other we end up with a dog-eat-dog world which happens a lot in cities- mainly big cities. I love big cities but I miss the sense of community. Music to me has always been my Vegitopia. Its an escape from reality and it brings people together. So… to answer the question, YES, I would totally love to live in Vegitopia.

VP: Do you have a personal favorite character from the book?

CP: I really like Lena. To me Lena has a great heart and that is something unique and special. She’s also a fighter and a fighter for what she believes in. Now people don’t really fight for causes, instead they just live their life day-to-day. I am not saying that you need to go out and fight literally but instead fight anyway you can with how your skills allow you. If you are good at writing, then write about what you believe in. If you’re good at drawing, then draw what you believe in. It’s the little fights, the ones that make a difference and those are the ones that will get you started on whatever you are fighting for long-term. Those are the ones that spark that fighter in you and I think that is what Lena does in the book, fight her own small fight that she is passionate about. 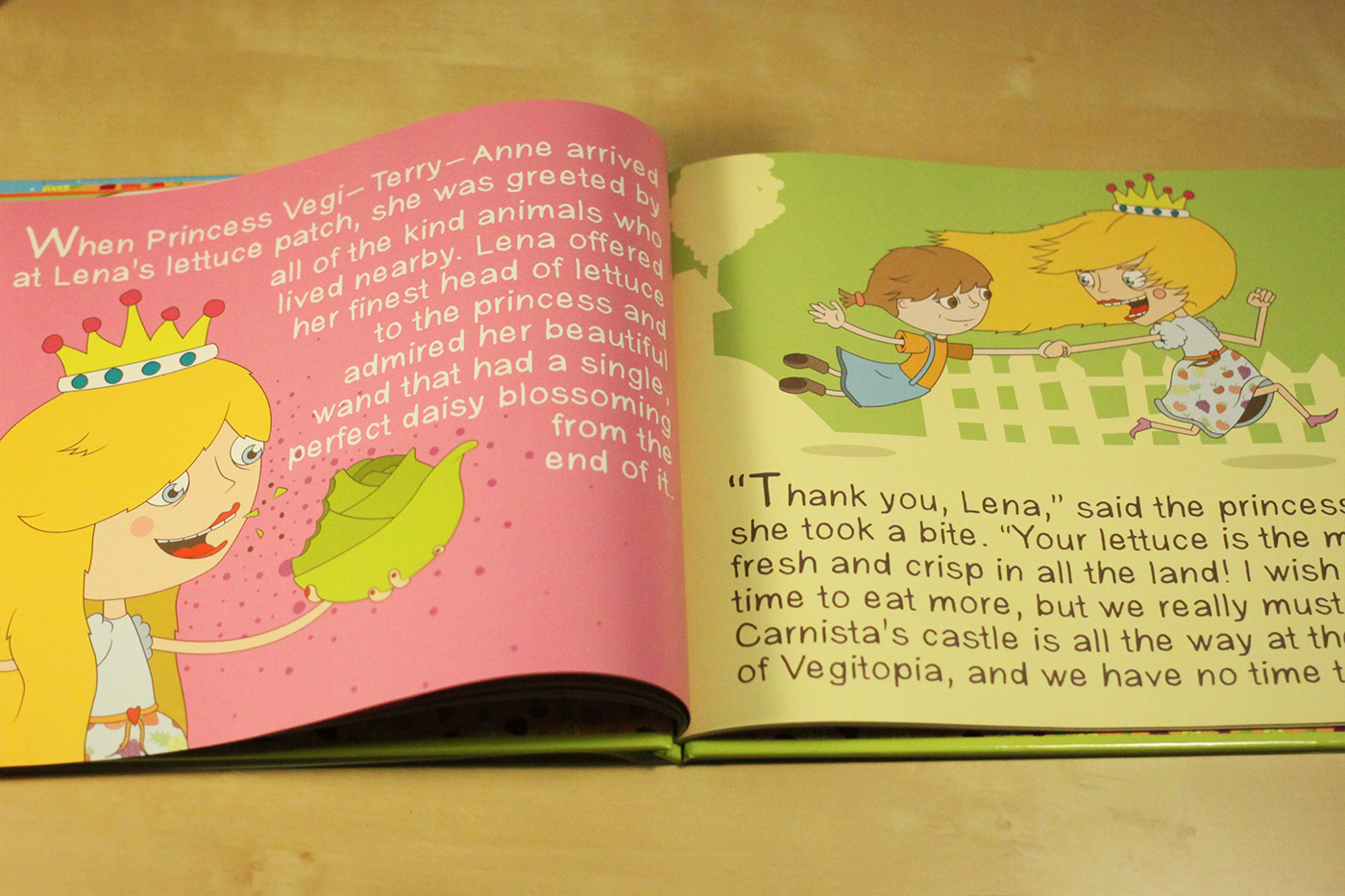 VP: In an earlier interview you told us that you were a fairly new vegan. Now that it’s been almost a year, how are things going now on that front?

CP: Being vegan is pretty cool! I would like to leave it with that statement but I guess I should talk a bit more about it.

For me it has been great and whoever tells you that “oh, it must be so hard” or “I would love to but where would I get my protein from,” easy reply: DO SOME RESEARCH! It is not hard at all, today we have so many tools like happycow.com or hundreds of apps that will help you out. I personally didn’t really need any help because most of my life I have been lucky enough to surround myself with vegan friends and also my wife went vegan the same time I did, so that was a plus. We can get anything we need from non-animal products so there’s no real struggle when it comes to being vegan. I have also been really lucky living in London and now Melbourne which are great cities for vegan food. Fourteen years ago I saw myself being vegetarian for the rest of my life and now I can’t imagine not being vegan and having an ethical and healthy lifestyle.

Also, for any of those people who do sports, you can get your protein from natural protein like wheat and soy. I personally do contact sports and have had no problems with taking supplements for it, I train hard and I have never had any problems with my health.

VP: We understand that you’ve recently made a big move. How are you liking Australia?

CP: Australia is amazing. The people here are nice and the food is incredible. I actually tried for the first time ever Ethiopian food here in Melbourne and to be honest it blew my mind away, and it was 100% vegan. There are also a couple of pubs here that sell a large number of vegan dishes, which is mind blowing (AGAIN), mainly fatty pub food but delicious anyway. One thing that Melbourne has that no other place I have been to has is a fast food place called Lord of the Fries which is burgers and hot dogs but 100% vegetarian with most of their meals being vegan as well. Some people like it and some people don’t, personally I LOVE IT. Also most supermarkets have areas where you will find vegan food.

VP: What other projects do you have going on now or in the future?

CP: At the moment I am building a portfolio and really want to get into selling my own prints and trying to do small little fun projects. I might be doing some kickstarter campaigns soon as well but I’m trying to focus on skateboarding. I might also be working on a new Dave Loves Chickens but at the moment it’s TOP SECRET!

If you loved “Dave Love’s Chickens” and are hungry for another awesome vegan story with Carlos’ signature style of bright and colorful illustrations- order your copy of “Lena of Vegitopia and the Mystery of the Missing Animals” today!