Can a Leopard Change Her Spots?

Excerpt from
Fashion Animals by Joshua Katcher
Preorder via Indiegogo. 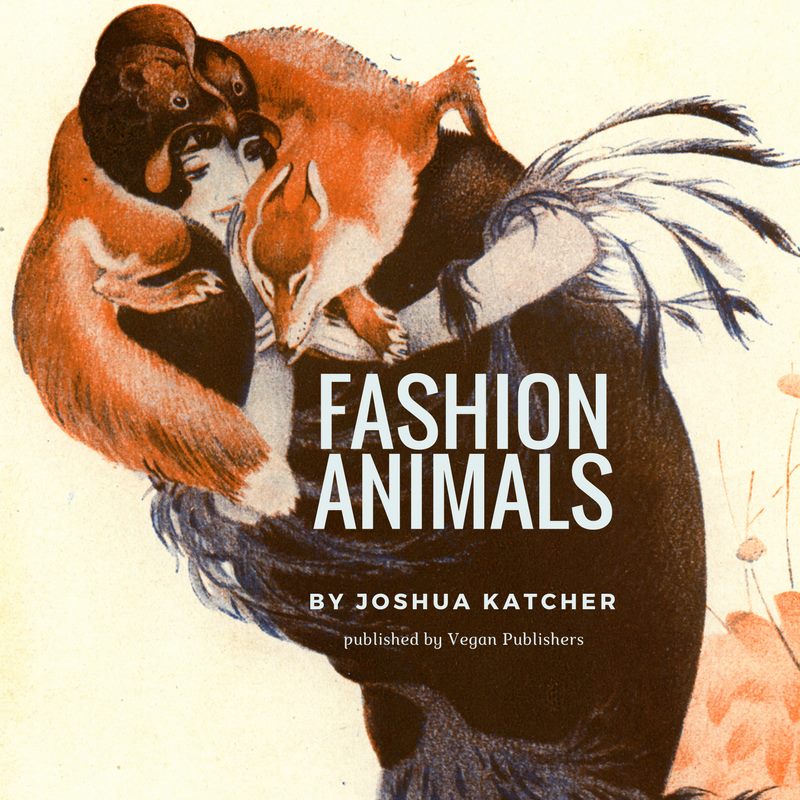 Clothes are to us what fur and feathers are to beasts and birds; they not only add to our appearance, but they are our appearance.

Can a Leopard Change Her Spots?

It all started with an image of a woman surrounded by kittens. Constance Jablonski is on the floor in metallic leggings and chrome, tassel-loafer heels. The image is black and white. She rests her forehead on her left hand, the arm propped up on her knee. She looks down, revealing feline eye-makeup, her relaxed face is framed by big loose curls that spill onto her breasts that are covered just barely enough by a fur coat that hangs off her right shoulder. Crawling on and between her legs is a litter of five white kittens. The editorial, shot for Vogue Italia’s November 2011 issue, includes several similar images, and is supplemented by a video where Jablonski, diamonds, roses, kittens and furs mingle against an operatic soundscape[1]. I was almost entirely entranced by this extreme feminine distillate that balanced softness, sex, innocence, agelessness, beauty and pastel light. But something seemed off and I couldn’t quite pinpoint it at first.

Was Jablonski playing mother to these kittens in her fur? Did the stylist, photographer and crew cast her as the fierce lioness? A disconnect suddenly became glaring. And then, like a domino effect, I realized that this was something that I had seen frequently in fashion magazines. So many images, whether editorials or advertisements, featured models posing with living animals while also wearing clothing or accessories made from the body parts of other animals. The only reason I hadn’t noticed it before was because these, and all fashion images, are dressed up in ideological camouflage.

The living animals who appear in these types of ads, editorials and campaigns are usually a spectacle, an object of fascination or an object of affection. And from what I knew at the time, the way in which the animals being worn were turned into fashion objects stood in direct opposition to the validation afforded to the still-living animals, and furthermore, the empowerment and “goodness” granted to the model who had annexed these animals’ aesthetics. The fashion industry is already riddled with contradictions and ethical pitfalls, and I suspected that this was an integral piece to a larger puzzle. I began searching for more of these images and compiling them. Soon I couldn’t keep up with the volume of visual fashion content that included live animals uncomfortably close to the remains of others. 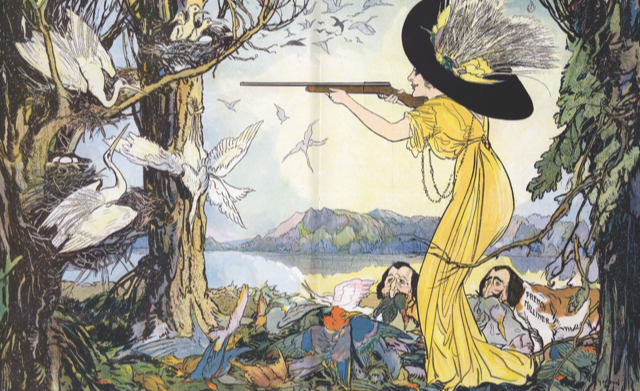 From the stockpile of images, tropes began to emerge: women cradling lambs while wearing wool, women in fur walking dogs, images of rabbits or baby wildcats being cuddled while the models wore fur, male models with alligators, sheep, or any creature slung across their shoulders, and models with birds perched on their arms while wearing feathers. The question for me was not why are there so many animals being used in these images selling fashion, because the answer seemed obvious; humans are simply fascinated by animals. Instead, the question became what does the presence of animals in fashion unveil? In other words, what does this manifestation of cognitive dissonance in the fashion-industrial-media-complex reveal about our relationship to nature and animals? What does it mean to adore one animal and wear another, especially when they are similar, if not the same? How are animals’ perspectives and physical bodies represented, appropriated, confined, processed, and invalidated in the fashion context? What does it reveal about how we aspire to be seen? And what does it fail to reveal, or even intentionally hide? Another question that seemed obvious as more and more animals appear in ads and editorials: where do these live animals come from, and what happens when they’re done being photographed?

Lanvin’s Winter 2013 ad campaign by Steven Miesel, a photographer who consistently includes animals in his images, featured a model in fur posing with a live goose and a necklace that says “love.” Ironically, in the related campaign video a model can be heard saying, “…misdirected love, ugh, that’s a killer.”[2] Beyond the blatant contradictions that first caught my eye, there is a largely unexplored, intersectional history of animals used in every aspect of the fashion industrial complex, as well as pressing, contemporary ethical and ecological concerns that demand this topic be examined seriously. Andrew Bolton, who curated the Metropolitan Museum of Art’s exhibit WILD: Fashion Untamed explains:

The history of fashion’s appropriation of animal skins, prints, and symbolism is also a history of society’s changing attitudes and ambivalences toward human-animal relations. Like fashion, which often serves as a cultural barometer, society oscillates between accepting and rejecting the dominant anthropocentric assumptions that have come to shape a hierarchical relation between humans and animals.[3] 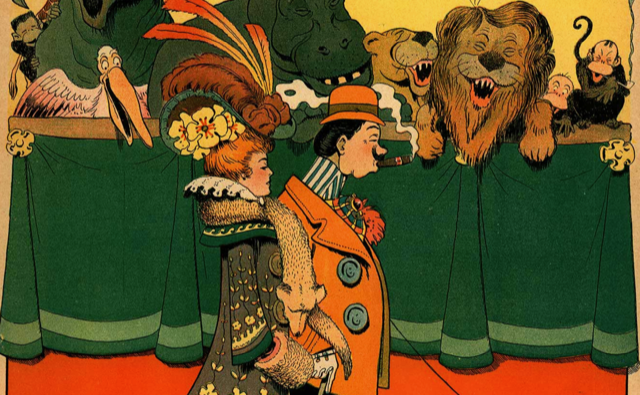 It turned out that this was nothing new, and I quickly found out that this visual juxtaposition had a long history. As I went further and further back into archives, it seemed that this sort of image had been a part of the fashion industry since its creation. It became clear that this phenomenon was not just a few images that fascinated and troubled me. This was something much bigger and much deeper. It was something that pointed to our civilization’s most deep-seated beliefs regarding the non-human animals with whom we share the planet, and I wanted to understand the hidden forces at play. Fashion not only covers up our naked animal bodies, it also uncovers social, cultural, and ideological systems at work. Simply asking how clothes are made—by whom, of what or whom, in which way, where, and in what context—can lay bare an elaborate atlas mapping the highest peaks of our greatest aspirations for status and worth to the darkest abysses of our fears, indifference, and ignorance.

My intention is to construct a bridge (or a runway) between the images, representations and popular mythology of animals in fashion with the elusive and heavily guarded island of truth. It is only from this bridge that we can see the great abyss that separates fashion fantasy from the reality of fashion production.

My hope is that this book shines a critical spotlight on a longstanding, mainstream carnist ideology with contradictions that manifest quite glaringly in fashion, yet have gone almost unnoticed due to the twin popular beliefs that fashion is superficial and that animals are objects. I hope to also connect two seemingly opposing and mutually misunderstood areas: animal liberation and fashion studies. I hope to validate non-human animals as beings worthy of inclusion in critical analyses of fashion—an area of inquiry that has overwhelmingly ignored animal issues or at best, treated the compartmentalization, conditions and circumstances surrounding fashion’s exploitation of animals as trivial.

Ultimately, I dare to say that it is never a matter of how animals are used in fashion, it is a matter that they are used at all.